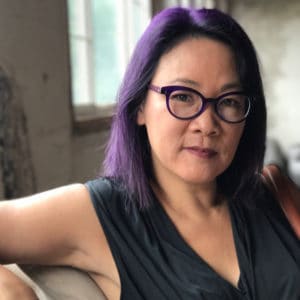 How to Audition for MasterChef Junior

Does your kid not only love cooking and watching cooking competitions on TV, but actually wants to try out? Is MasterChef Junior their favorite show? Here’s our story and some tips on how to audition for MasterChef Junior!

Dara loved playing “Chopped,” from when she was 9 through 12 years old. My new husband at the time, Scott came across an ad on his BackStage casting website for MasterChef Junior. They were casting for the first season of the show.

The main requirement that put us on hold was the intro video. Scott and Dara had created little comedic clips that were put on Facebook, but no videos of her cooking. The show always asks for a tour of your house, they want to see your child cooking, and they want an introduction to the family. It was a lot of work.

We put it on the back burner, until about ten days later, when we brought it back up again with Dara. She changed her mind and said, “Let’s Do It!”

Search for the Audition

So, I tried to go back to BackStage Casting, and find the post, but now it was nowhere to be found! I spent a few days trying to track the post down, looking all over the internet. We tried to go through several different casting agents, family friends, and Dara’s old talent agency, Osbrink. Finally, after three weeks of searching, I called Backstage Casting directly and asked for the post. After several calls, a nice person gave me the email to Junior Masterchef casting. (they hadn’t come up with the final name for the show yet!)

We sent in the photos that were in the last post (how-my-daughter-got-on-masterchef-junior-pt-one) and a little blurb about how Dara loved cooking. Finally, we got an email from the casting producer of Junior Masterchef that there was going to be an open call at a hotel in Van Nuys. It was thirty minutes from our house and only five days later. This is what they sent me…

This information is being sent to you because you have reached out to find out about our open call on Sunday, February 17th for FOX network’s “JUNIOR MASTERCHEF.”

Below are the necessary attachments for the open call.  The flyer has the address of the Airtel Hotel in Van Nuys, and the JMC Application is to be filled out and brought with you to the open call.

The cooking demo is a simple one: each child will be asked to cut/chop a vegetable, cook an egg, and measure ingredients.  All of the necessary items/ingredients we will provide.

If you have further questions, please don’t hesitate to contact me!

So, on open call day, we got into the car early, to get to the hotel by 7 am, three hours before the casting call began. We went so early because I was very excited, and worried that there would be hundreds of applicants. Dara wanted to be first in line! Our arrival was even before the production company got there!!

When the casting producers arrived at 9, we had been at the hotel for over two hours. We found out that a lot of the kids had already been in touch with the producers, and already submitted audition videos. Those who had already submitted videos had priority times. So we had to wait until all those children had completed their auditions. It was 1 pm before Dara could get in front of the judges! Just remember, you may be waiting for a long time at the open call. Bring your iPad, bring games, bring books, bring plenty of drinks and snacks!

We waited in a partitioned off hotel room with about fifty chairs lined up, and Dara went around and met a lot of the kids. There were so many groups who had brought all their family members: little babies in carriages, and kids running all around, it was not quiet! But, Dara’s never been shy, so she made a lot of friends that day.

The casting producer put the kids together in groups of ten. When Dara finally went in for her audition, she stood in front of the show and casting producers with the other nine kids.

They had a few things they had to do.

What the Kids do at the MasterChef Junior Audition

Then, they were all told that it would be a few weeks before they would hear back about whether they got on the show. So, we left the hotel anxious and nervous about how Dara did. We packed up our bags and walked out to the car. We were tired since we had left the house at 6:30 am.

Move Forward to the On-Camera Audition

Five minutes after leaving the hotel parking lot we were on the freeway entrance ramp and we got the call!! The casting producer wanted to see Dara the very next day for an on-camera interview at the Magic Castle at 11 am! We had to fill out the paperwork with her three “signature” dishes, hobbies and accomplishments and send it back that day! What was even more nervewracking was that she had to prepare and bring all ingredients for a dish that could be prepared in thirty minutes! And she had only less than a day to prepare!!

The next morning, February 19th, 2013, we piled into the car with all our ingredients for Dara to make Seared Flank Steak Crostini with Blueberry Cayenne Honey Sauce. We got to the Magic Castle hotel in Hollywood for the 11 am call time. She was going to be cooking in a hotel room kitchen while on camera and being interviewed!

We met two cameramen and one producer who asked questions while Dara was cooking. After she was done with her dish and plated it as pretty as she could, they sat down and had a one on one talk with her. They also interviewed Scott and me.

The interview ended, and out in the hallway, the producer asked if Dara had any food allergies, and then we left. Dara was really excited, and we felt she had done well and had a lot of fun.

The next day, I received an email that “We are moving on to the next step with your child and must get background paperwork from you the parents…” They also required a video within two days to show Dara’s cooking skills and personality. So, very quickly we put this video together.

Make sure your child’s PERSONALITY shines! The MasterChef Junior show casts kids who not only know how to cook but have huge personalities. Your kid can’t be shy. They should be able to multi-task, cook and talk at the same time. Organization skills are key. Plus, they need to be able to talk to adults, and have food knowledge and food skills!

If your child wants any coaching, Dara and I are always happy to answer questions! You can reach me at carole@thisisyu.com . We’ve talked to many kids and parents over the years who have gone on to audition for the show!!

And That is How To Audition for MasterChef Junior! 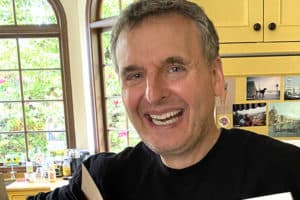 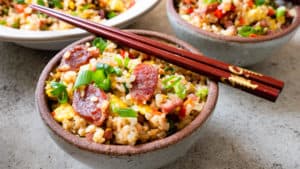 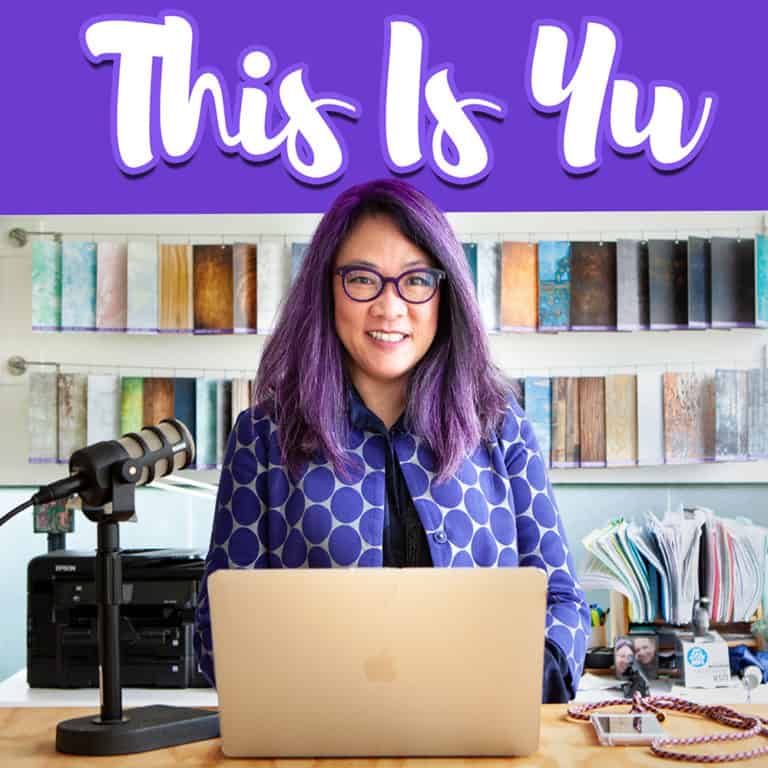 Hey guys! Carole and myself, Scott, are starting off 2020 with a bang. We launched our new podcast and we are super excited to bring 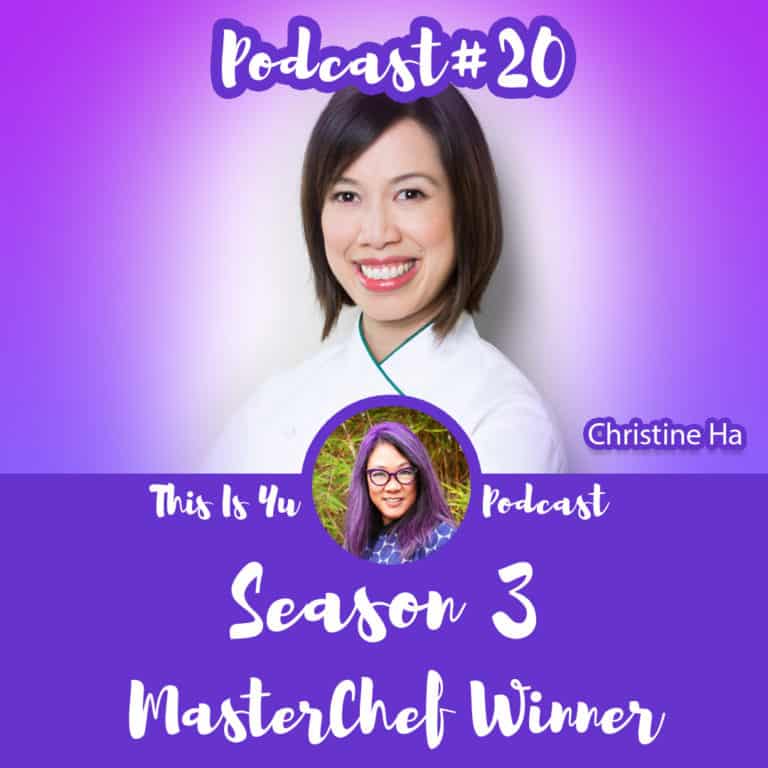 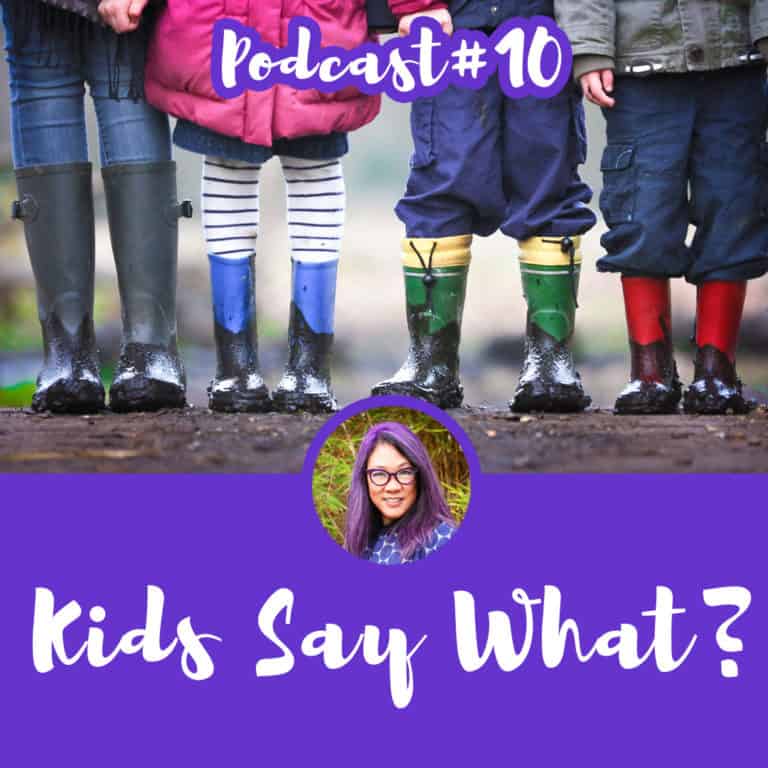 In this Ep 10 – This Is Yu – Kids Say What? Why are Scott and Carole smacking their lips? What are they eating on